Skip to content
Previous Next
zikr allah benif-benefits of zikr 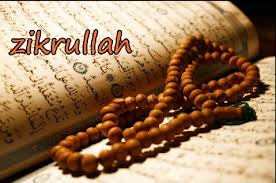 the most effective prayer advised by RasulAllah Mohammed (peace be upon him) to be practiced on a daily basis.
Start practicing zikr today, you will soon see how your world changed!
“Zikr” is not a way of mentioning or worshipping a god out-there, but is a way of unfolding the qualities within us which belong to Haqq in origin. When we are praying, we are not asking help

from a god afar off, but we are manifesting the qualities from within ourselves which belonged to Allah in origin.
Whether you believe or not, when you practice zikr regularly for a period of time, its benefits will manifest automatically before long and you will observe the changes in your life. Because, the repetition of zikr words increases neural activity in the brain and new areas and additional neural groups are put to action and the results manifest simultaneously in your daily life . When the zikr is practiced, different regions and dormant neural groups of the brain engages and becomes active, so THE WORKING CAPACITY OF THE BRAIN INCREASES.
Here is a list of zikr suggested by Author Ahmed Hulusi for everyone to be practiced regularly on a daily basis. You will be able to observe its benefits in your life in about three months by the latest.