Skip to content
Previous Next
wazifa for power And Truth 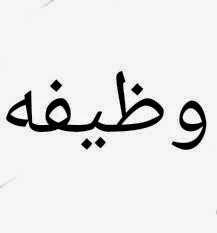 Any practice that is not in accordance with the Shariah will have only little benefits. Reciting ALLAH’s name in form of a wazeefa was never introduced by the The Prophet (peace be upon him) and the Companions.

Such wazeefas have known to bring destruction to families but most of them don’t know the real reason behind it. I was also part of healers who perform wazeefas but i have guided by ALLAH.
Suppose there is a person by the name Lateef in your house. Now if you would just sit and starting saying lateef lateef lateef lateef, he would also hear your call and attend you but if you continue

saying lateef lateef then obviously the person would say “i have heard your call, now tell me what you want!”

Vain repetitions do not bring us close to ALLAH but they do invite shayateen. There are mischeivous jinns who have kept their names according to ALLAH’s name and when you keep calling that particular name the jinns with that name hear your call and they attend you! This is a truth that not many people know. Only those know who have paid the price, like me!
I was having marital problems. I went to a healer. He gave me a wazeefa consisting of names of ALLAH to read for a specefic amount and blow on him. The first day I practiced the wazeefa suddenly something happened to my husband. He started yelling and kicked me out of the house. After a month he brought me back. I went to the healer and told him this, he said that this is part of my husband’s healing and I need to continue the wazeefa. I did exactly that and now it has been a year since our separation! Such practices only invite wrath of ALLAH, not blessings.
What we fail to realize is that ALLAH’s name and verses have alot of power and when we use an overdose of the power we only get opposite results. Our Prophet (pbuh) has told us about the right wazeefas. The best zikr is LA ILAHA ILLALLAH (hadith). If these newly innovated wazeefas were beneficial for the ummah I am sure the Prophet (peace be upon) would have ordered us to practice them.
“… The most truthful speech is the Book of Allaah. The best way is the way of Muhammad. The worst of affairs are the novelties and every novelty is an innovation and every innovation is misguidance and every misguidance is in the Fire.” (Hadith – Reported by an-Nasaa’ee (3/188).
smartmobilityjamnagar2015-02-24T14:50:00+00:00