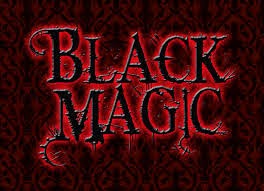 There are many types of black magic spells, the majority of which primarily focus on doing harm to someone. Say you were treated unfairly in a recent job fair and lost a new position to one of your peers. There are black magic spells that can be used to cause them to be ill or possibly even have a fatal misfortune. Perhaps someone has cast a black magic spell on you, and you want to go on the offensive in
order to keep them at bay. Black magic can also be cast to gain money or otherwise cause a favorable outcome to the caster at the expense of otheThe experts of gramary say that Chaldean practice is one of the toughest most practices and one has to work a lot more than harder to get it. But the net result is that one, who gets hold on it, is able to do such things which are beyond human wisdom and this is done through gaining control over all the spirits. Those patients,who are never cured by the doctors, are cured within minutes. But no doubt, this type is forbidden in Islam.

The second of gamary is comparatively easier than the first; and this is practiced in India excessively. In such type, calling out and sacrificing things for various gods like bhuwani, chumari, luuna, bheron and misc others. Also by lighting essences, and applying fragrances on their places, they are called upon and then controlled. This too is forbidden.