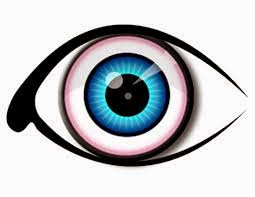 In the recent years I feel I have been struck with it.  Allhamdullila that allah has given me attractive features but see I don’t want my life to be in turmoil because of it.  See not all people praise Allah for the things they admire especially the kaafirs.  Is there anyway a young woman can protect herself from the evil eye without veiling her face?  Can wearing Quranic scripture save you from the evil eye?  And what about wearing necklaces and charms in the shape of an eye or hands because I heard these can protect you and are they haram? My life is so much better now than before because
before I did not practice islam although I always was a muslim, so does this mean that because I am a better muslim the evil eye, if I was unfortunate enough to have it hit me has disappeared from my soul or do I have to have Quran read over me so it will leave me. How can I save and protect myself from happening to me again?
Praise be to Allaah.
You should know that hijaab is obligatory, and no one has the right to choose the rulings that they like and leave those for which they feel no inclination, because Allaah says (interpretation of the meaning):
“O you who believe! Enter perfectly in Islam (by obeying all the rules and regulations of the Islamic religion) and follow not the footsteps of Shaytaan (Satan). Verily, he is to you a plain enemy”[al-Baqarah 2:208]
Ibn Katheer said: “Allaah commands His believing slaves to adhere to all the rulings and laws of Islam, to follow all the commandments and heed all the prohibitions.” (Tafseer Ibn Katheer, 1/566).
The believing women are forbidden to show any of their beauty to non-mahrams. Allaah says (interpretation of the meaning):
“… and not to show off their adornment except only that which is apparent (like both eyes for necessity to see the way, or outer palms of hands or one eye or dress like veil, gloves, headcover, apron), and to draw their veils all over Juyoobihinna (i.e. their bodies, faces, necks and bosoms) and not to reveal their adornment except to their husbands, or their fathers, or their husband’s fathers, or their sons, or their husband’s sons, or their brothers or their brother’s sons, or their sister’s sons, or their (Muslim) women (i.e. their sisters in Islam), or the (female) slaves whom their right hands possess, or old male servants who lack vigour, or small children who have no sense of feminine sex. And let them not stamp their feet so as to reveal what they hide of their adornment. And all of you beg Allaah to forgive you all, O believers, that you may be successful” [al-Noor 24:31]
Obeying Allaah’s command to observe hijaab will protect you from the evil eye by Allaah’s Leave in this world, and will protect you from the punishment of Allaah in the Hereafter.
With regard to wearing Qur’aanic verses or certain shapes, Imaam Ahmad narrated in his Musnad from ‘Uqbah ibn ‘Aamir (may Allaah be pleased with him) that the Prophet (peace and blessings of Allaah be upon him) said: “Whoever wears an amulet, may Allaah not fulfil his need, and whoever wears seashells [for protection from the evil eye] may Allaah not protect him.” According to another report, a group came to the Messenger of Allaah (peace and blessings of Allaah be upon him) and he accepted the bay’ah [allegiance] of nine of them, but not from one of them. They said, “O Messenger of Allaah, you accepted the bay’ah of nine and not from this one.” He said, “He is wearing an amulet.” Then he took it in his hand and broke it, and the Prophet (peace and blessings of Allaah be upon him) accepted his bay’ah. He said, “Whoever wears an amulet is guilty of shirk.” (FromFataawa al-‘Ayn wa’l-Hasad, p. 277)
With regard to dealing with the evil eye and hasad (destructive envy), there is no doubt that when a person is close to Allaah, always remembering Him (dhikr) and reading Qur’aan, he is less likely to be affected by the evil eye and other kinds of harm from the devils of mankind and the jinn. The Prophet (peace and blessings of Allaah be upon him) used to seek refuge with Allaah for himself, and the greatest means of seeking refuge that is available to the Muslim is reading the Book of Allaah, above all theMi’wadhatayn (the last two Soorahs of the Qur’aan, al-Falaq and al-Naas),Soorat al-Faatihah and Aayat al-Kursiy[al-Baqarah 2:255].
Among the saheeh du’aa’s for refuge that have been narrated from the Prophet (peace and blessings of Allaah be upon him) are:
“A’oodhu bi kalimaat Allaah al-taammaati min sharri maa khalaq (I seek refuge in the perfect words of Allaah from the evil of that which He has created).”
(Narrated by Muslim, al–Dhikr wa’l–Du’aa, 4881

Refer to following verse of Holy Qur’an:وَإِنْ يَكَادُ الَّذِينَ كَفَرُوا لَيُزْلِقُونَكَ بِأَبْصَارِهِمْ“And verily, those who disbelieve would almost make you slip with their eyes…”

(Aayah No. 51, Surah Al-Qalam, Chapter No. 68, Holy Qur’an).The evil eye is the name for a sickness or misfortune transmitted, usually with or without intention, by someone who is envious, jealous, and covetous or even a pious person from among man or jinn. MashAllah, it could affect children, adults, livestock, and any kind of materialistic items, and the most vulnerable are the very young, the wealthy and the beautiful. To cast out an evil eye its not necessary to see the victim, the evil-eye can be transmitted even just by visualizing or imagining or even with a very limited description of the target person for example a person can cast-out an evil eye even on himself just by imagining or while look at himself in the mirror or even a blind person can cast out an evil eye just by visualizing the target person or a mother could herself un- intentionally cast out a evil eye on her child..etc.-
Our Prophet (Sallallaahu Alayhi Wa Alayhi Wasallam) has therefore advised us to recite ‘MashaAllah’, to prevent the casting-out an evil eye, therefore one should say ‘MashaAllah’ when praising or looking at anyone or any thing with excitement, in-order to avoid casting an evil eye to them.  Cure from Evil Eye
“A’oodhu bi kalimaat Allaah Al-taammah min kulli shaytaanin wa haammah wa min kulli ‘aynin laammah”
Recite the above 3 times in the morning and 3 times in the evening and do a blow on your children. Insha Allah that child will be safeguarded from any evil eye. If that child is already under evil eye then he/she will be cure insha Allah.- Pray For Me  Amel Qadri
smartmobilityjamnagar2015-03-11T03:02:00+00:00